Apparently surviving an Ebola virus infection doesn't mean one has overcome it. People who've had the disease or have been suspected to have it face a bigger task after being diacharged: coping with stigmatization of friends and enemies alike.

In Nigeria, 17 year old Martins and his brother Princewill lost their mother to the virus and had to go into quarantine for 21-days.

They were not infected, but Martins says the situation had a profound impact on their lives.

"We couldn’t go back to the house. People knew what happened over there,” he says. “We knew they would start stigmatizing us,” he told UNICEF.

Friends stayed away. People complained he had gone to church “to spread the disease,” Martins says, his voice choked with emotion. “It was really horrible, hearing something like that. Can you imagine that?”

“I get to hear the minds of people, what they say pertaining those who were infected and those who had contact. If you hear what they’re saying, it’s really scary. You can actually tell what will happen when I blow it to them that, ‘Hey, it was my Mum who had died of this’. A lot of them will run away.” Princewell said.

Even when they wanted to bury their mothers’ ashes -which was sterile-in her home village, the village leaders blocked the burial, saying ‘Keep it there, don’t take that in here, don’t come and bury it here,’

Many survivors and contacts, as well as their families, have similar stories.

However the story is different for Lagos businessman Dennis Akagha, 32, who initially tested positive for the disease that killed his fiancée.

Although he recovered, it took time to convince people around him that he is Ebola-free.

“A lot of persons were staying away from me – my friends, my neighbors – they were running away from me,” he says. “In fact, some were suggesting to the landlady to evict me out of the house.”

Now, things have changed dramatically. His neighbors chat with him and don’t hesitate to shake his hand. He even has his hair cut by his regular barber, right next to his home.

The change, Mr. Akagha says, came after he decided to speak out – to neighbours, to the media and to anyone who would listen. He explained that he no longer had the Ebola virus in his body and could not transmit the disease.

The best tool to fight stigmatization, he says, is knowledge.

UNICEF is working on social campaigns to curb stigmatization of the virus. 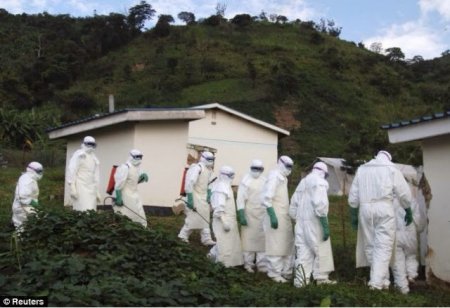 Feb 28, 2020
ese
E
E
Metro "Just a pain in the leg" - Father of student who had 7 A1s in WAEC explains how his daughter died in moving tribute - Linda Ikejis Blog