FREE Nigerian Business Directory
✅ NEW - get your business listed and your information shared across social media.
Ad
The escape of six suspected criminals linked to Dino Melaye, a Senator representing Kogi West was allegedly planned and coordinated with the aid of some Nigeria Police officers at the Special Anti-Robbery Squad in Lokoja, police sources told Saharareporters.

The six suspects; Kabiru Seidu a.k.a Osama, Nuhu Salisu a.k.a Small, Aliyu Isa, Adams Suleiman, Emmanuel Audu and Musa Mohammed escaped from ‘A’ Division of Special Anti-Robbery Squad (SARS) detention in Lokoja, Kogi State’s Capital, where they were being held pending their court appearance with Mr. Melaye who was also been declared wanted by the police. 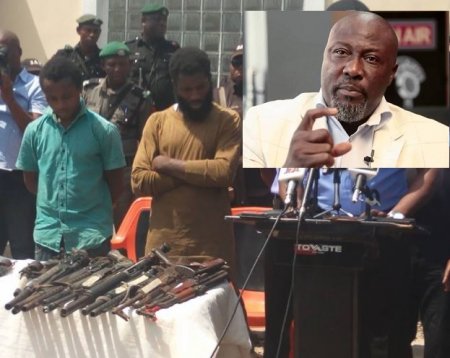