Prophet TB Joshua, the founder Synagogue Church of All Nations recent prophecy described Donald Trump has a strong man in the US presidential race.

He said the Americans should name him man of the year in a prophecy that has proven false with Hilary Clinton defeated in the just concluded election. 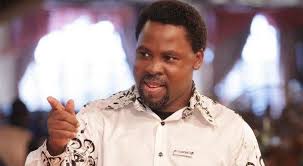