Curators
FREE Nigerian Business Directory
✅ NEW - get your business listed and your information shared across social media.
Ad
A bizarre incident occurred yesterday at Araromi Street in the densely populated Oshodi area of Lagos, following the killing of a mother of five by her husband. 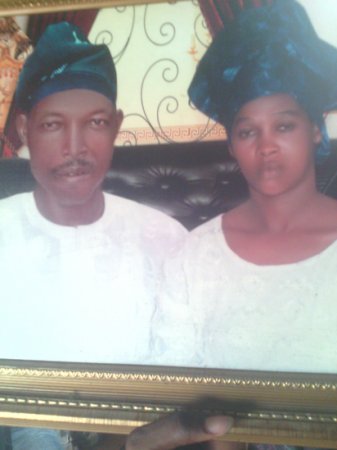 The suspect, Sogei Jafairu, who hails from Etsako Central Local Government Area of Edo state, was suspected to have committed the act for ritual purpose.

He was said to have returned home Thursday evening, after spending one week outside. His unsuspecting wife, Roselyn , who was a trader at Ijora market, prepared food for members of the family .

But the food was alleged to have been poisoned by her husband, who also ate with her. At about 1am, Jafaru was said to have been seen pacing around his one room and parlour apartment.

He was said to have also been sighted licking some black substance suspected to be concoction to neutralise the poisoned food he ate with his wife.

Thereafter, he allegedly slit his wife’s throat with a knife, while she was sleeping.

According to Vanguard, he attempted to stuff the lifeless body inside a container when he suddenly started vomiting.

Commenting on the incident, Deputy Spokesperson for the Lagos State Police Command, Mr. Chukwuma Ozoani, said that the suspect had been transferred to the State Criminal Investigation and Intelligence Department for further investigation.

He said:”It was a murder case and the husband was suspected to be under the influence of drug. The case has been transferred to the SCID and investigation has commenced.”