Sports I am a humble guy - Jose Mourinho

For Sale - One Bedroom Executive Flat - Lagos (NGN37m)
✅ NEW - car park, swimming pool, 24 hours light/security and more.
Ad
Chelsea manager Jose Mourinho has described himself as someone who is 'humble' and tries to learn every day.

Mourinho's comments is coming on the heels of the criticisms he got after he attempted to shake hands with the Aston Villa coaches, Paul Lambert and Roy Keane, even before the game had ended.

Chelsea were leading 3-0 at Stamford Bridge and with the game minutes away from the final whistle, the Portuguese wanted to shake hands with the pair but he was rebuffed,

Keane has said Mourinho's behaviour was "disgraceful" while Lambert has accused the Portuguese of "disrespect".

"I think they are both two great examples of polite and well-educated people," Mourinho said sacarstically.

" And because I am a humble guy who tries to learn every day and with every experience, I appreciate the comments,"he added. 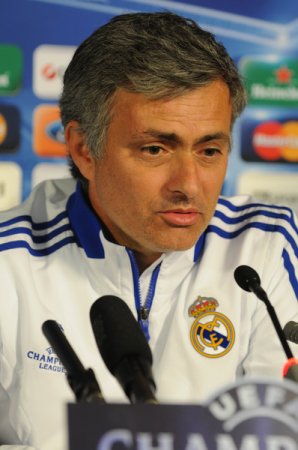 Sports ‘I Am No Enemy Of Man United’- Jose Mourinho – Naijaloaded

Sports Mourinho: I love Lampard but I hope he loses! – Goal.com