Durable luxurious Sideboard in Maple Wood - ₦150k (made to order)
Maple Wood with 3 drawers and 2 doors
Ad
President Muhammadu Buhari has informed the Senate that he does not know when exactly he will return to the country in his length of stay in the United Kingdom.

The President said his return will be determined by his doctors.

Mr. Buhari said this in a letter to the Senate, informing the lawmakers of his trip to London to see his doctors for further medical attention. 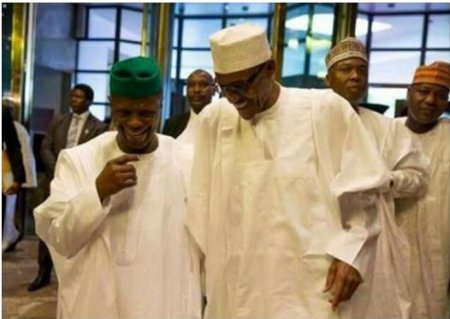 Senate President Bukola Saraki read the letter during plenary on Tuesday, two days after President Buhari jetted out of the country.

In the letter, the President informed the lawmakers that Vice President Yemi Osinbajo is to coordinate governance of the country in his absence.
C

Return when you are healthy
You must log in or register to reply here.

Politics See the look on President Buhari’s face when he got his Christmas gift from VP, Yemi Osinbajo (Photo) – Linda Ikeji’s Blog