Sports I have huge respect for Arsenal - Cesc Fabregas

For Sale - One Bedroom Executive Flat - Lagos (NGN37m)
✅ NEW - car park, swimming pool, 24 hours light/security and more.
Ad
Chelsea midfielder Cesc Fabregas has claimed that he still has 'huge respect' for Arsenal despite the treatment he got from the club's fans in their Premier League game at Stamford Bridge.

Fabregas was roundly booed in Chelsea's 2-0 victory over Arsenal on Sundays,with the visiting fans that once adored him turning against the Spaniard in the game.

The Spanish international left Arsenal in 2011 after eight years with the Gunners,teaming up with his boyhood club,Barcelona,but he joined Chelsea in the summer which drew the ire of his former supporters.

Fabregas made a big impact in the game on Sunday,floating in the pass that Diego Costa scored the second goal with.

"I have huge respect for Arsenal - they gave me everything when I was little. Without them I wouldn't be here and I wouldn't have won what I have won," Fabregas told Sky Sports 1.

"I have huge respect and I take it in a positive way. I know they love me and it is all because we were together once.

"Sometimes, circumstances mean these things can happen. But I have always said it - I am not scared. They will always be in my heart forever. 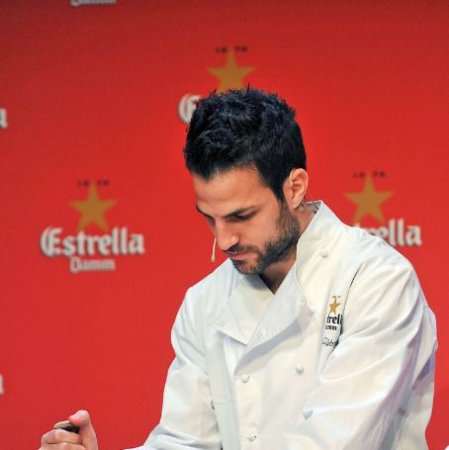