For Sale - One Bedroom Executive Flat - Lagos (NGN37m)
✅ NEW - car park, swimming pool, 24 hours light/security and more.
Ad
A female banker has told detectives how she ran five accounts used to perpetrate a N2bilion pension fraud in the Office of the Head of the Civil Service of the Federation. 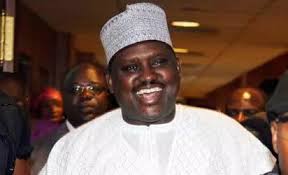 The EFCC is probing Maina’s alleged complicity in the operation of the accounts, following the confessions of Fidelity Bank Account Officer Toyin Meseke.

Besides, Meseke is said to have told the EFCC that Maina had been operating a safe deposit box with the bank.

EFCC’s investigators found that withdrawals from the five accounts were usually channelled through some bureaux de change to an account in Dubai, United Arab Emirates (UAE).