Curators
For Sale - One Bedroom Executive Flat - Lagos (NGN37m)
✅ NEW - car park, swimming pool, 24 hours light/security and more.
Ad
Jack Wilshere has revealed he wants Bournemouth to defeat Arsenal, when both teams face each other on Sunday in the Premier League. 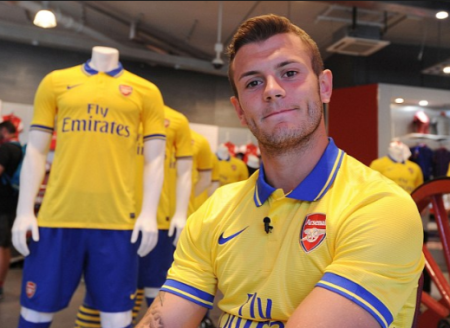 The 24-year-old is currently on a one-year loan at the Vitality Stadium and will miss this weekend’s game at the Emirates, as he cannot face his parent club.

“You know what, at the moment I’m a Bournemouth player so I want Bournemouth to win,” Wilshere said.

The midfielder has started eight Premier League matches for Bournemouth so far, compared to 10 league starts for Arsenal in the last two years combined.

Although he would have loved to play, Wilshere says the rest might do him good.

“It’s frustrating [not to play], of course. I just got a run of games,” he said.

“But it might be good for me in a way, just to miss one and then refresh and go again.”

E
Sports 'I will be your father, friend, girlfriend... whatever you want' - Details of Jose Mourinho's first speech to Tottenham players revealed - LIB