Ghana are without a coach following last month's resignation of Kwesi Appiah, and the GFA are currently interviewing some foreign coaches for the vacant role.

Keshi was two weeks ago laid off by the Nigeria Football Federation(NFF) and he has been linked with a host of jobs since then.

He has been linked with Ethiopia, although both parties involved remained mute over any truth in the speculation.

But Keshi has now been linked with Ghana, and he himself, acknowledged that he would love to take up the job.

“I would love to coach Ghana. Having the opportunity will be great,” he told Happy FM in Ghana’s capital, Accra on Monday morning.

“I have not spoken officially to anyone but I will love to lead this team,” Keshi said, going further to say that his record spoke for itself.

And Keshi has even set his sights on winning the Nations Cup with Ghana if given the opportunity.

“Of course if I get the chance to coach the team, the target will be the Africa Cup of Nations. The country has not won the title in a long time and I know Ghanaians are desirous of winning the cup.”

“But like I said, we have to look at getting the job first. I want to coach the team if the opportunity is there.” 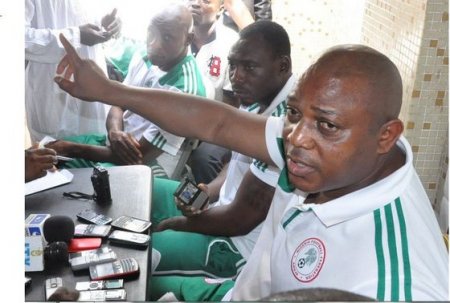