Both teams will meet at the Santiago Bernabeu on Saturday in what could determine where the Spanish La Liga title might end up.

When asked by Spanish radio station Cadena SER if he would like to replicate Sir Alex Ferguson of retiring at a club, Ancelotti said: "It is unthinkable that it is 24 years at this club, but I would like to end my career in Madrid."

Ancelotti revealed that he would never consider coaching Real's fierce rivals Barcelona out of respect and loyalty for the club.

"If I train Madrid, I can never train Barcelona," he said. "I have to respect my history and the history of the club that I have trained."

And the Italian has insisted that he will sign a new deal with the European champions: "(I would) Sign a permanent contract with Florentino," he said. "I have a very good relationship with him. He has always shown me much love, we have never had problems."

"The important thing is to talk, I like to talk about what I'm doing," he added. "He has never asked me about the line-up, never, not about who I put in." 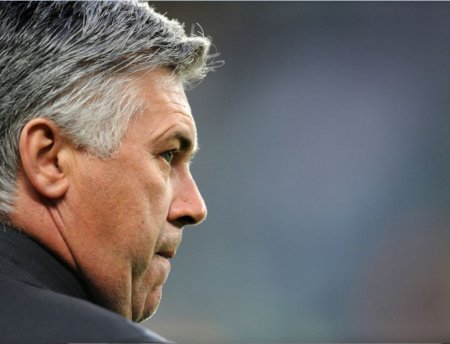