Curators
FREE Nigerian Business Directory
✅ NEW - get your business listed and your information shared across social media.
Ad
The Kaduna home of former Vice President, Namadi Samso was yesterday raided by operatives of the Independent Corrupt Practices and Other Related Offences Commission (ICPC). 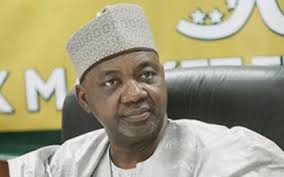 They had a search warrant and a bullion van, The Nation reports.

It was learnt that the operatives of the anti-graft agency stormed Sambo’s home on Alimi Road, Kaduna about 3pm.

Eyewitness accounts also said the ICPC operatives, who rode in a bus, two Hilux vans and a bullion van, searched the house for two hours.

According to the residents, “They (ICPC operatives) came with heavily armed security personnel and raided the house for two hours between3pm and 5pm”.

When journslists visited the house, fierce-looking security men threatened to shoot at anyone who came close to the house. They did not listen to reporters.

“We are not sure whether this time they found something in the house. But we are suspecting something, because this time, they came with a bullion van,” a resident of the area said.

A source close to the former VP said anti-graft agencies had raided the house five times without finding anything.

He said: “I want to assure you that this time again nothing would be found because the former Vice President is not a corrupt person.”

The spokesman of the former Vice President, Mallam Umar Sani, said the ICPC officials came with a court order to search the residence and that it was not the first time.