Curators
For Sale - One Bedroom Executive Flat - Lagos (NGN37m)
✅ NEW - car park, swimming pool, 24 hours light/security and more.
Ad
The Super Eagles of Nigeria came from a goal down to hold Senegal to a 1-1 draw in Thursday’s friendly at The Hive stadium, London. 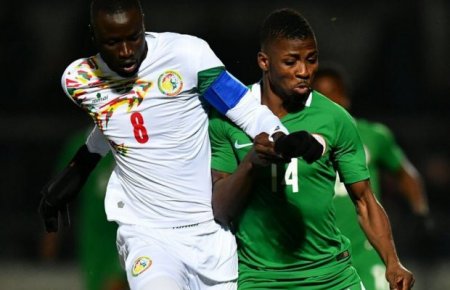 There was no goal in the first half, that saw the Super Eagles lose captain Ogenyi Onazi to injury.

Moussa Sow of Fenerbahce gave Senegal the lead early in the second half before Kelechi Iheanacho equalised from the penalty spot with less than 10 minutes left to play.

The draw means Gernot Rohr is yet to taste defeat in four games in charge of the Eagles.

Also the game saw the duo of Isaac Success and Olanrewaju Kayode make their debuts for the Super Eagles.

They will take on Burkina Faso on Monday in their second friendly at The Hive in preparation for the 2019 Africa Cup of Nation qualifiers.