President Muhammadu Buhari on Tuesday said those found guilty in the National Intelligence Agency (NIA) Ikoyi cash scandal will be prosecuted secretly, even as his administration plans to overhaul the national security architecture.

Receiving a report of the panel established to review the operational, technical and administrative structure of the National Intelligence Agency (NIA), President Buhari described the discovery of monies in the flat at Osborne Towers, Ikoyi, Lagos, in April this year, as an ‘‘unfortunate incident which rightly aroused public interest and outcry.’’

Recall that in April, the Economic and Financial Crimes Commission (EFCC) after a top from a whistle-blower had uncovered $43 million, £27, 800 and N23 million at Osborne Towers, Ikoyi, Lagos. 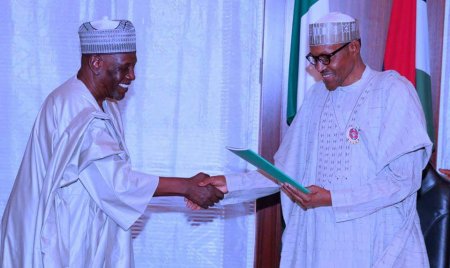 Presidential spokesperson Femi Adesina, in a statement, quoted Buhari as saying that the Osborne Tower incident and its aftermath had brought to the fore, the need to review the entire national security architecture.

President Buhari said the present national security architecture has been in operation as established 31 years ago.