She said this while fielding questions from newsmen, shortly after her visit to the leaders of the #PeoplesDemocraticParty (PDP) in the state, which confirmed speculations that she was eyeing a senatorial seat in Ogun Central senatorial district, a seat formerly occupied by her friend, Senator Iyabo Obasanjo-Bello.

Dr Shodipo-Clark, who hails from Abeokuta North Local Government Area of the state, said the purpose of her visit was to consult with leaders of the party and also to renew her membership card. 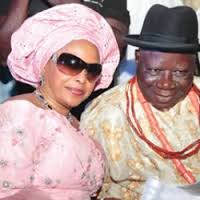