FREE Nigerian Business Directory
✅ NEW - get your business listed and your information shared across social media.
Ad
Speaker of the Rivers State House of Assembly, Rt. Hon Ikuinyi-Owaji Ibani has stated that the Rivers State Election Petitions Tribunal sitting in Abuja did not sack him, neither did it sack the other 20 lawmakers whose elections were nullified. 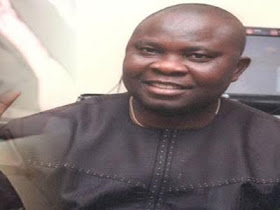 The speaker was reacting to the news making the rounds that he and 20 lawmakers of the Assembly has been sacked following the tribunal judgement on Monday, last week, which ordered the Independent Electoral Commission (INEC) to conduct a fresh elections in the 21 constituencies within 90 days.

Ibani, who spoke to newsmen Port Harcourt, stated that the tribunal only have judgement in their own opinion. He said, he and the other 20 lawmakers have already applied through their counsels to obtain records of the proceedings and that they were already headed for appeal.

He said, “I heard over the news that the speaker and 20 others have been sacked by the election tribunal. No member, not even the speaker has been sacked. The lower tribunal gave judgement in their opinion. In their judgement they argued that there should be a rerun within 90days.