FREE Nigerian Business Directory
✅ NEW - get your business listed and your information shared across social media.
Ad
The Accord Party candidate, Princess Shola Ogbemi Daibo has been declared winner of the just concluded Warri South Constituency I by-election into the Delta State House of Assembly. 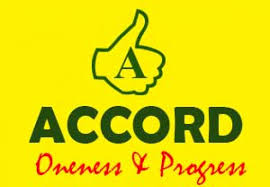 Odunsanya stated that the total votes cast in the by-election was 8,100, stressing that it cuts across the six Wards in Warri South Constituency I.

Una never chi chum chin yet. 2019 elections is gonna be the bomb