Metro In Plateau, Over 1,600 Cattle Stolen At Gun Point

FREE Nigerian Business Directory
✅ NEW - get your business listed and your information shared across social media.
Ad
Plateau State branch of Miyetti Allah Cattle Breeders Association of Nigeria (MACBAN) has stated that no fewer than 1,600 cattle belonging to its members were recently stolen at gun point in Plateau State.

The association, in a petition to the state governor, Simon Lalong, signed by its state chairman, Muhammad Nuru Abdullahi and secretary, Abdullahi Ardo respectively, pointed out that from January to date 1,653 cows had been stolen, but said due to the efforts of ‘Operation Safe Heaven (OPSH),’ 1,591 were recovered with the whereabouts of 62 cows unknown. 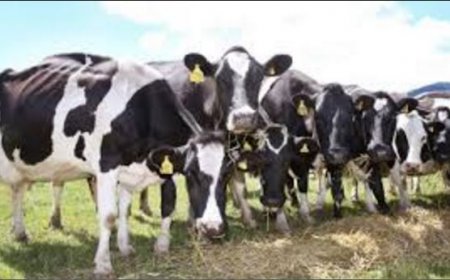 The Director of Press and Public Affairs (DOPA) to Governor Lalong, Samuel Emmanuel Nanle, said government discussed the matter of cattle rustling in its last Security Council meeting on Tuesday with the aim of addressing the situation.

Nanle said “Government will not rest on its oars to ensure that it nips this in the bud, as well as deal decisively with the perpetrator of this act, particularly because they want to return us to the dark age of violence.”