FREE Nigerian Business Directory
✅ NEW - get your business listed and your information shared across social media.
Ad
An Indian passenger plane was forced to make an emergency landing in the country’s western city of Nagpur on Saturday after a hoax bomb threat, GoAir airline said.

The GoAir plane, carrying 150 passengers, was en route from the eastern city of Bhubaneshwar to Mumbai when authorities received an anonymous call that a bomb had been planted aboard.

“Post receiving the bomb threat call, (the aircraft) was diverted to Nagpur,” GoAir said in an emailed statement. 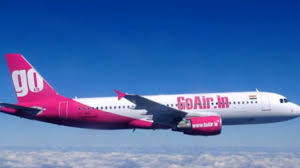 The passengers were offloaded and airport security searched the aircraft and baggage, the budget airline said.

It said “there was no bomb found on board the aircraft” and passengers “are now being boarded” after the plane was authorised to take off again for Mumbai.

The carrier said local police were investigating the threat.

The emergency landing comes one day after India’s counter-terror police arrested a group of suspected Islamist radicals in a series of nationwide raids.