For Sale - One Bedroom Executive Flat - Lagos (NGN37m)
✅ NEW - car park, swimming pool, 24 hours light/security and more.
Ad
Ini Edo, prime Nollywood actress and Globacom brand ambassador has officially joined the list of Nigerian celebrities with failed marriages but that is not the latest in the ongoing saga of her marriage as her ex-husband's former wife, Ruth Okoro-Phillips has revealed how the actress repeatedly ignored her warnings not to marry the man she (Ruth) lived with for five years.

Ruth noted that her warning came in 2007 when she sent Ini Edo a message on her social media page, which read:

"Hi Ini, I have information that you are having an affair with my husband, Phillip Ehiagwina. He has been deceiving girls all over the place, making them believe he has heaven and earth. You are not the only girl obviously, but Ini, watch your back so you don't regret. I have nothing against you but a piece of advice. I heard that you might be pregnant for him, if it's true, good luck. I called your manager and told her everything. You are a very pretty girl and should know how to respect your body and pray for the right husband. Do not be carried away by flashy things because that could be deadly too. All that glitters isn't gold, remember." 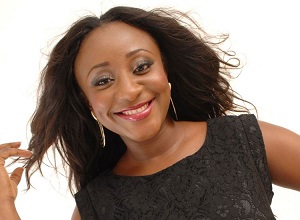