South African worshippers, some of whom were trapped and injured in the building collapse at the Synagogue Church of All Nations (Scoan) in Nigeria, reportedly attended TB Joshua's weekly sermon on Sunday.

The sermon was held next to the collapsed building site and according to eNCA, South African worshippers stood in the front rows, "waiting with bated breath for their preacher and self-proclaimed prophet to make his grand entrance".

A guesthouse at Scoan collapsed on 12 September as more floors were being constructed on top of the existing three-storey building, leaving at least 86 dead and dozens trapped in the debris. 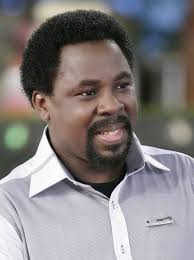