World Iran: Over 12,000 Candidates to Run For Parliamentary Elections

Over 12,000 candidates, including some 1,200 women have registered to run in Iran’s parliamentary elections, the Interior Ministry said on December 25.

Several former ministers and lawmakers, a nephew of the commander of Iran’s elite Qods force Qasem Soleimani, and one of the sons and a daughter of Iran’s former President Ali Akbar Hashemi Rafsanjani are among them. 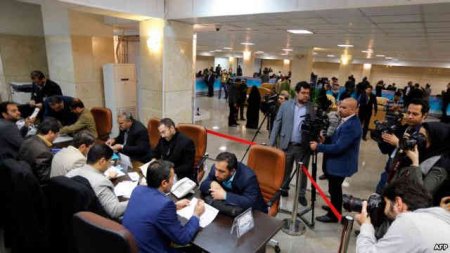 The last parliamentary vote in 2012 saw about 5,000 people seek mandates.

All candidates will be vetted by the powerful Guardian Council that has a record of disqualifying individuals that are not deemed fully loyal to the clerical establishment.
Share:
Facebook Twitter WhatsApp Email Share Link