Entertainment Is This the Beginning of P-Square's problems?

For Sale - One Bedroom Executive Flat - Lagos (NGN37m)
✅ NEW - car park, swimming pool, 24 hours light/security and more.
Ad
We recently reported that Peter Okoye of p-Square signed an endorsement deal with Olympic Milk to officially become its brand ambassador but the fact that Peter Okoye secured the deal without his brother has seen fans grow restless, curious and wondering why Paul okoye was locked out of this deal.

Bearing in mind that just a few months ago, the twins (Peter and Paul) came close to breaking up P-Square following allegations and counter allegations of disrespect, fans have begun to probe and ask questions about this new deal and its capacity to destroy the P-Square brand.

Read some of the questions and reactions to Peter's new deal below:

Zaynab Lawal: No beef but why him alone?

Ade: This is how division starts...

Olasunbo: I just hope this won't be d beginning of serious beef between them sha...

Benita Ilide: No big deal there jare. They have secured better endorsement deals than this Indian company

James: Paul should go and get his hair cut. If he had, I guess he would also have been chosen alongside his brother

Nene: THis Peter guy is cute sha but I hate the fact that it's just him and not P-Square

Charlie: Why not both of them? Well, congarts!

Suzan: I thought P-square said any endorsement deal must involve both of them during the glo deal? I might be wrong sha. Congrats Peter

Obugo Queen: But the milk doesn't taste cool plus I neVer knew he had a big nose.

Isaac: This milk is the worst milk I have ever tasted in my entire life. Well, na the money dey important because i can bet my life that Peter will never give his children that tasteless milk to drink.

Onah Emmanuel Erochukwu: He also need to be signed as Twitter blocker ambassador

Iyke David: Don't chop the money alone. Remember that you are twins

Dr. Dapcee: Why Peter alone? Not good for the P-Square brand

Jude: The fact they did not add his brother to it sucks. Back to sender! Who will insult my opinion?

Rubylicious: I hope he stays loyal to them and doesn't use another brand in private

Mike: Why is Paul not part of d deal? Are they now doing separate deals?

Fems: They are two; not one. This is the beginning of their division again

Subomi: I really don't like how they are doing separate deals. I know it's probably all good between then. I just wish they keep it as it is since they are a brand together

Audu: Why is he not wearing his wedding ring? It looks irresponsible.

Theo: Why is he not wearing his wedding ring?

Eze: Hmmm... it should be P-Square and not Peter alone but seriously, D'banj is not talented yet he gets Apple/Beat By Dre endorsement yet talented artistes get Loyal and Olympic milk... See power of association, class and divine favour

Flora: It should have been both of them. Are they trying to seperate them or what? Anyway, congrats!

Sade: Hahahahahahah... Which kind of 'yeye' deal is this? D'banj must be really laughing at them right now. Don Jazzy gets Loya Milk and P-Square also gets a milk deal. But wait o, why are those companies not even thinking of 2Baba at all?

Seyi: Paul needs a haircut to keep the endorsements rolling in. This could have been a joint venture if not for his rasta tinz... 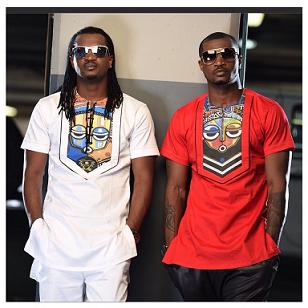 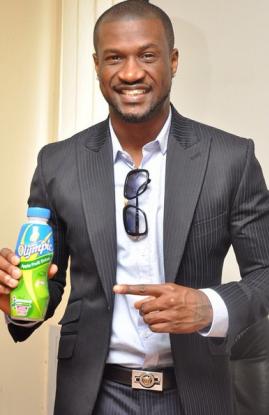 K
Entertainment “This Is Not Time To Stay Silent” – Mercy Johnson Reacts To The Murder Of Tina, Uwa – Naijaloaded Nigeria News