The Britain-based Syrian Observatory for Human Rights said more than 6,300 fighters have joined ISIS militants since last month in the northern Syrian provinces of Aleppo and al-Raqqa.

The monitoring group said on Wednesday in Beirut that the new recruits included 5,000 Syrians, 800 of them experienced fighters who switched allegiances from various rebel groups or from the Syrian al-Qaeda affiliate al-Nusra Front.

Rami Abdel-Rahman, the Observatory said the remaining 1,300 were foreigners, most of whom had entered Syria across its northern border with Turkey.

He said, they compiled the reports based on updates from a network of activists across Syria.

Abdel-Rahman said the extremist group now counts more than 50,000 fighters, compared to only 15,000 a year ago. 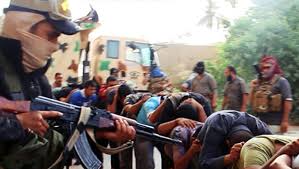 Aug 1, 2016
PressRoom
P
P
World ISIS Execute 15 of Its Own Members For Spying on Them