FREE Nigerian Business Directory
✅ NEW - get your business listed and your information shared across social media.
Ad
Radical Islamic terrorist group Islamic State also know as ISIS have dressed up as women, with make up and hair attachments so as to escape after losing their stronghold Monsul to Iraqi forces

One militant was pictured trying to disguise himself with bright red lipstick, purple eyeshadow, mascara and foundation – but he didn’t bother to shave his face. He had removed his eyebrows, made up and put on an headscarf. However, his mustache and goatee gave him away, making his capture by Iraqi forces easy.

The picture of the man wearing full makeup was released after he was captured by Iraqi soldiers in Mosul, the Sun reported.

Thousands have died and more than a million have been displaced. 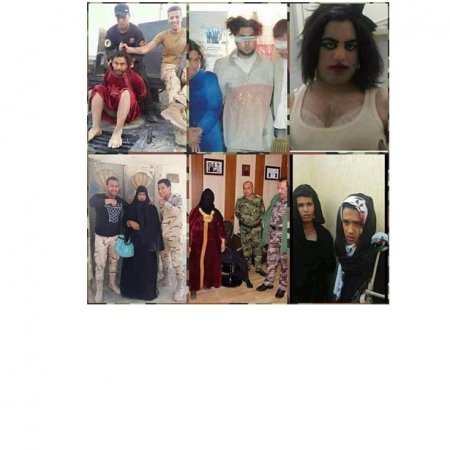