For Sale - One Bedroom Executive Flat - Lagos (NGN37m)
✅ NEW - car park, swimming pool, 24 hours light/security and more.
Ad
Liverpool manager Brendan Rodgers has said that it is a privilege for some of the club's players to be playing with their captain,Steven Gerrard.

Rodgers added that some of the players need to learn from Gerrard's excellence in the game in order to improve theirs.

"He is a superstar player," Rodgers told Liverpool Echo. "This guy is world-class. I think for anyone playing alongside Steven Gerrard it is a privilege for them.

Rodgers particularly mentioned Mario Balotelli,whom he said should maximize the opportunity of playing in the same team with Gerrard.

Balotelli has not hit the ground running as was anticipated when he was signed from AC Milan as Luis Suarez's replacement.

The Italian has only found the net once in seven appearances for the Reds this season.

"He is a player that makes the game look simple and Mario Balotelli knows he is playing with one of the greats of the game. You have an outstanding player in Steven feeding a player who needs certain types of passes and he can provide that."

"Mario Balotelli knows he is playing with one of the greats of the game." 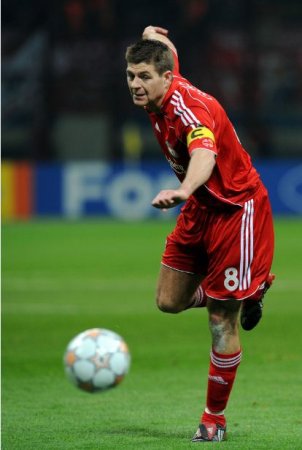