The Edo State Police Command on Friday, paraded a 14-year-old girl, who allegedly killed her septugenarian madam in Benin, Edo State by smashing her head with a stone.

Anna Amos, a secondary school student was arrested by the police on Tuesday, for the murder of 71-year-old Hellen Adodo, whom she had lived with since March, 2018, as a house-maid. 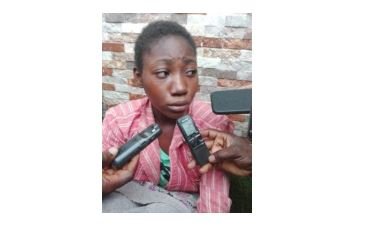 Metro Video: Little girl steals hearts with her adorable reaction when she was surprised with a car for her 2nd birthday – Linda Ikeji’s Blog