Bello in issued a statement in Lokoja on Sunday described the death of Ocholi, a Senior Advocate of Nigeria (SAN), as a monumental loss for the state and the country at large.

The governor declared three days mourning in the State to mourn the late Barrister. 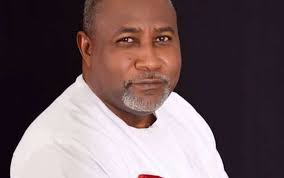 “Late Ocholi was a pragmatic, dynamic, humane and brilliant law officer who was known around the world for his dexterous approach to legal and political issues and one of the most unswerving constitutional lawyers Nigeria has ever produced,’’ the governor said.

However, the statement said the three days State mourning doesn't mean three days holiday for civil servants. Everyone is expected to go to work but mourn the demise of one of Kogi's most illustrious and distinguished.