Curators
Dr. Katsuya Takasu has been granted permission to donate the sum of US$390,000 to the Nigeria Under-23 football team, as a reward for their performance at the ongoing Rio 2016 Olympics. 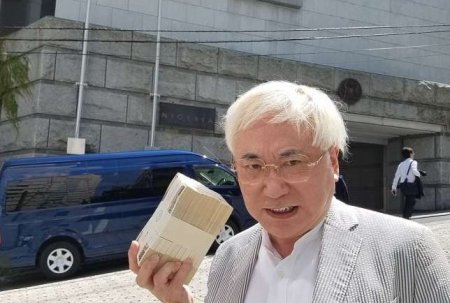 The Japanese surgeon made public his intention to donate the money few days ago.

A document obtained by Owngoalnigeria, showed he has been granted permission to travel to Belo Horizonte, where Nigeria will take on Honduras in the Bronze medal match to make the donation.

Nigeria failed to qualify for the final after losing 0-2 to Germany in the semi-finals but the businessman who is a strong supporter of the Nigerian Olympic team is still going ahead with his plans to reward the team financially.

Curators
waiting for the denial... this will obviously be matched by Dangote, Alakija, Tompolo
L

Money don't grow on trees, even for surgeons.
L

curator said:
waiting for the denial... this will obviously be matched by Dangote, Alakija, Tompolo
Click to expand...

Apparently, it's true that he intends to donate the sum ($190k for Mikel BTW). But it's just hard to see. Curators
why does he need a letter from the Nigerian embassy?
L

curator said:
why does he need a letter from the Nigerian embassy?
Click to expand...

Maybe he wanted to go through the proper channel(s)