Curators
FREE Nigerian Business Directory
✅ NEW - get your business listed and your information shared across social media.
Ad
An astonishing photograph has emerged showing what locals believe is the figure of Jesus appearing over a Colombian city ravaged by a landslide.

A crowd gathered to film the sunlight slanting through clouds in Manizales, in the north central Colombian region of Caldas, where 17 people were killed by landslides when a month's rainfall fell overnight last week.

The rare cloud phenomenon was recorded on a mountain called Sancancio and the glowing figure provided comfort to the residents who lost homes, loved ones and possessions in the natural disaster.

A woman identified as Marya de Iesus recorded what was described as a religious experience and shared it online, where many said it was a sign of Jesus of Nazareth.

She wrote with a video: 'Jesus Christ was visiting our Colombian town, he calmed down the sky and was listened to.

'God blesses us and glory to Lord and Universe King.'

On the video seen by MailOnline, a man can be heard in the background saying: 'Oh, my God, my blessed God, come here to see the misery.

'Do you see the Lord there, standing up?'

At least 17 people were killed and seven are missing after a landslide sent mud and rocks crashing into several neighborhoods in Manizales, Colombia, the government said on Wednesday, the second deadly landslide in the country this month. 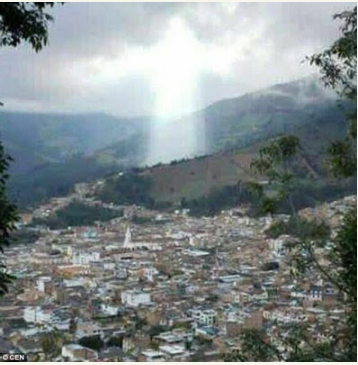 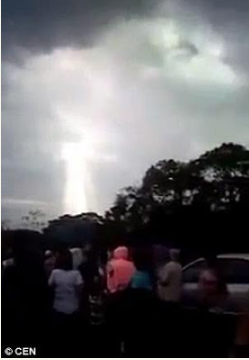 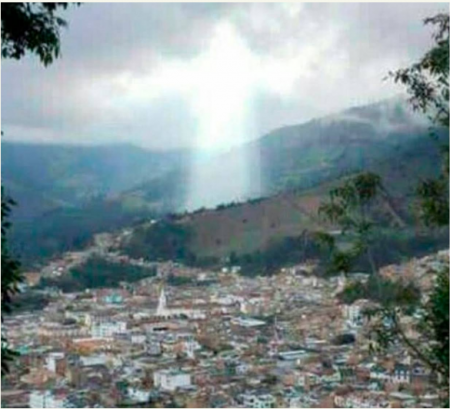 God is never far from us.
O

This is mystery honestly. Jesus is our consoler.
C

This is strange
A