Chengdu Airlines flew the ARJ21 from its eponymous home base, the capital of the southwestern province of Sichuan, to the commercial hub Shanghai carrying 70 passengers. 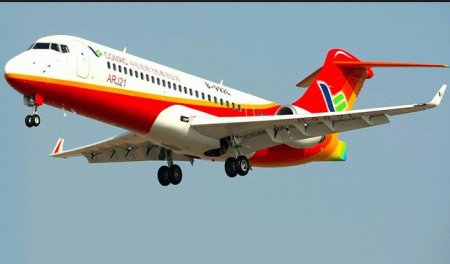 More than half were paying customers who were aware they were flying in a new plane, an airline spokesman told AFP.

The ARJ21 — which stands for Advanced Regional Jet for the 21st Century — will ferry flyers on the Chengdu-Shanghai route three times a week, he added.