The News Agency of Nigeria (NAN) reports that the former president was one of the early callers who thronged the residence of the freed septuagenarian in Otuoke.

Family sources told NAN that Inegitte expressed shock over the death of his nephew Samuel Oki, abducted along with him who lost his life in the kidnap saga. 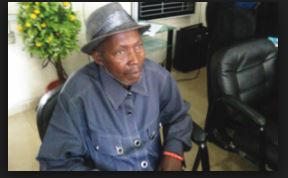 He told Jonathan that the kidnappers came with two speed boats and abducted the two of them.

The chief thanked all those who sympathised with him during his trying period.