Politics Jonathan Cannot Defeat Me,APC will be in Aso Rock in 2015 -Okorocha

According to THE SUN, speaking during his 52nd birthday celebration, the Imo governor said, "In 2015, APC will be in Aso Rock, we must be aggressive to drag PDP and its members out of Nigeria"

Speaking further,Okorocha said that he had the capacity to rule the country and cannot be defeated by President Goodluck Jonathan of the Peoples Democratic Party,PDP. 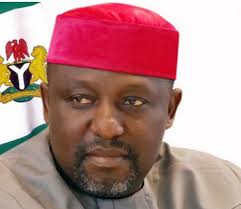 Politics Okorocha: I wonder if it’s worth taking pains for APC – TheCable