In an interview with THE SUN, Asari said,"If you keep all the presidents of Nigeria, all the rulers of Nigeria, prime ministers and Heads of State of Nigeria from 1956, when we had self-government, to 2010, when Goodluck came in on one side and Jonathan on the other side, he has surpassed all of them in terms of achievements in the five years he has been there.

"The colonialists left a working railway system. The railway system died. He’s reviving it! People are saying he’s going to buy 1860 coaches and so on. Those that are saying so, why didn’t Buhari buy 1860 coaches to make the railway work? Why didn’t IBB buy 1860 coaches to make the railway work? Why did OBJ not do it, after spending billions on railway and we didn’t see anything? Today, agricultural pyramids are coming back. We have rice pyramid in Ebonyi State. Forbes (international magazine) recognised and honoured the Minister of Agriculture of Nigeria as the man of the year for Africa last year. The airports in Nigeria have a new look. Go to the National Hospital, we now have a bromide section. It was not there before. Buhari did not do it, IBB did not do it, and Obasanjo too did not do it! Goodluck has done it. We have a nuclear medical centre at the National Hospital, the first of its kind.

"Buhari, of course, did not do it, IBB did not do it and Obasanjo did not do it. One can go on and on and on. Look at the number of roads under the Goodluck Jonathan administration. Before, if you’re travelling from Lagos to Benin, it would be like camel passing through the eye of the needle; passing through hell fire. Today, all that is a thing of the past. So these are the things we’re talking about, that Goodluck has already won. They’re just wasting their time in trying to contest the election. 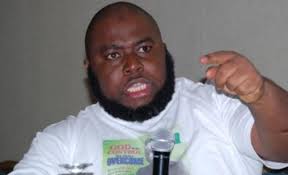