Politics Jonathan is an Armed Robber With PhD – Jimoh Ibrahim

Curators
FREE Nigerian Business Directory
✅ NEW - get your business listed and your information shared across social media.
Ad
A Former Ondo governorship candidate under the platform of the Peoples Democratic Party,PDP, Jimoh Ibrahim has said Former President, Goodluck Jonathan is a notorious armed robber with PhD. 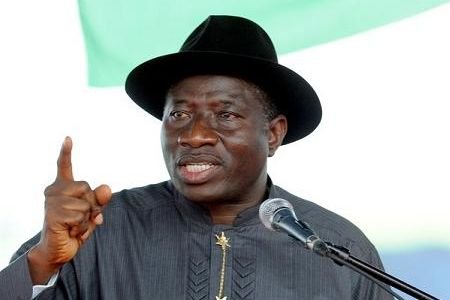 This is coming after the House of Representatives ad-hoc panel summoned Goodluck Jonathan over the contract of Oil Prospecting License (OPL) 245.

Recall that Jonathan on Tuesday denied reports that he received $200m as kick-back from the Malabu oil deal, adding that the “fake news” was the handiwork of those determined to truncate his rising international profile.

But Jimoh on his twitter page @JimohIbrahimOFR used the popular phrase gotten from Big brother winner, Efe while in the house to describe the former president.

He wrote: “Based on logistics, Goodluck Jonathan is an Anini (the notorious armed robber) with PhD.”
P

With how the economy was milked dry, and how under him, the future was stolen, I cannot agree more. And well, Jimoh Ibrahim is not a saint neither.

I think GEJ is confusing notoriety with popularity. In which case his -ve profile indices is high and rising.
You must log in or register to reply here.

K
Politics Why Jonathan Must Be 'Thoroughly Investigated' - Reps