The ministers all got glowing commendations from President Jonathan during a Federal Executive Council (FEC) valedictory session which was organized in their honor, it was believed that they will eventually emerge victorious.

However, out of the 7 former ministers who voluntarily resigned their positions; 5 flunked the Gubernatorial primaries of the Peoples Democratic Party, PDP , 1 won while 1 is yet to know his fate.

Wike won the PDP Rivers state gubernatorial primary making him the only winner out of the lot. Ishaku is yet to know his fate as the PDP Taraba state Governorship primaries have been postponed indefinitely. 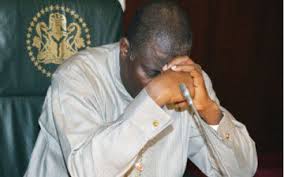 A
Politics Wike,Obanikoro,Maku, 4 Other Ministers Resign From President Jonathan's Cabinet

Politics Why I Left PDP - Maku