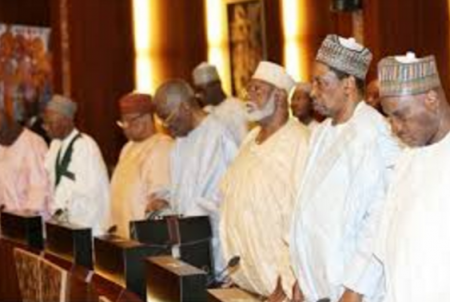 The vice president told Daily Trust correspondent after the service Jonathan was among those specially invited, "but unfortunately, he had to cancel at the last moment."

"We also expected (former) President Jonathan, but unfortunately, he had to cancel at the last moment. So, we are all extremely excited that we have been able to bring everyone together to thank God for our nation and to give Him thanks for the great future ahead of us."

Also speaking, Gowon called on Christians in the country to love their fellow citizens regardless of their faith as expected by Christ.
PLACE YOUR ADVERT HERE
Connect with Politics News Readers!