For Sale - One Bedroom Executive Flat - Lagos (NGN37m)
✅ NEW - car park, swimming pool, 24 hours light/security and more.
Ad
Toeing in the footsteps of Hameed Ali Comptroller General of the Nigerian Customs Service, the Secretary to the Government of the Federation, Mr. Babachir Lawal won't be honouring an invitation to appear before the Nigerian senate. 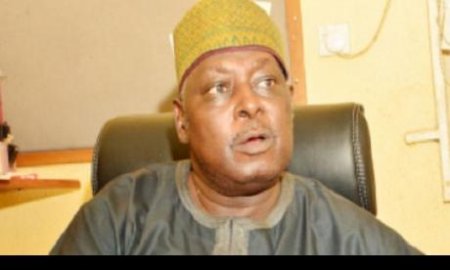 The SGF, in the letter read in the upper chamber on Wednesday, said he had dragged the Senate to court over a probe into the alleged management of funds meant for the rehabilitation of the North-East; PUNCH reports. The SGF went on to say he would not appear before the probe panel on Thursday (today) as he had filed processes in court.

The letter written by the SGF read, “Your letter of invitation to appear before the above committee refers.

“I wish to kindly request that you draw the attention of the other members of the committee (to the fact) that I will not be able to appear before the committee primarily because I have gone to court to challenge the invitation, among others. Please, find attached the court documents.”

However, when contacted, the Senate spokesman told PUNCH he was not aware of the letter written by the SGF.

“I am not aware of that. But we are waiting to see what happens. That is exactly what we are saying; that if this continues to happen, then, bye bye to democracy. It means I can even go to court to stop you (our correspondent) from doing your work,''the spokesperson said.