FREE Nigerian Business Directory
✅ NEW - get your business listed and your information shared across social media.
Ad
A former President of the Court of Appeal, Justice Ayo Salami has reportedly rejected his appointment as the Chairman of the Corruption and Financial Crime Cases Trial Monitoring Committee, COTRIMCO, based on principle and conscience.

According to the Nation Newspaper, Salami is convinced that the committee may not work as “efficiently expected” because of the businesses of some members.

He was named the chair of COTRIMCO, which was set up by the National Judicial Council, NJC, on September 27 by the Chief Justice of Nigeria, Justice Walter Onnoghen.

Although, Salami was out of the country when he was appointed, he sought audience with the CJN upon his return. 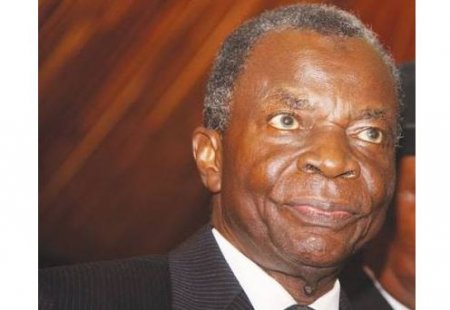 A top official at the Supreme Court told the newspaper that after discussing his reservations with the CJN, he wrote to reject the appointment.

The source confirmed that Justice Salami had “thrown in the towel.”

Justice Salami is said to have consulted widely with leaders on the Bench and in the Bar before resolving with his family to reject the offer.

I will agree Justice Salami if the reason for his refusal to accept the chair is because in this govt "the center cannot hold". In same govt AGF is using DSS to frustrate EFCC. MoF is weeding govt payroll of ghost workers but MoI at same time employing wanted Maina and ...