The members of the Islamic Movement in Nigeria were arrested during the December 12, 2015 clash with the army in Zaria.

The bloody clash reportedly claimed hundreds of lives. Already a 13-man Judicial Commission of Inquiry had been set up by the Kaduna State Government to unravel the circumstances surrounding the cause of the clash. 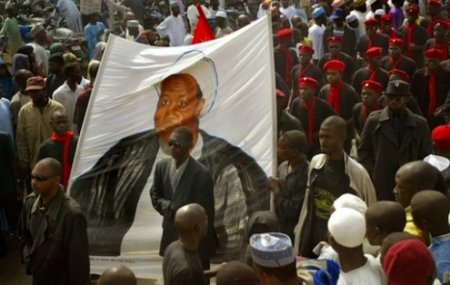 After the clash, police arrested over 190 suspects whom the police said were arrested for various offences.

According to Channels Television, at the hearing on Wednesday, the Magistrate Court, however, granted bail to four Shiite minors with the sum of 100,000 Naira each and two reliable sureties who will deposit valid means of identification.

He adjourned the case till March 29 for mentioning.

- Channels TV
You must log in or register to reply here.

Apr 11, 2016
LequteMan
L
P
World [Photos] Muslims Protest in US, Canada, India Over the Arrest of Shiite Leader in Nigeria