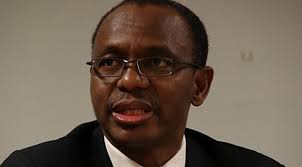 The Kaduna state Government on Tuesday re-named the government-owned hospital in Kafanchan after late governor of the state, Mr Patrick Yakowa.

A statement by Samuel Aruwan, the Special Assistant to Governor Nasir El-rufai on Media and Publicity, indicated that the hospital had been re-named ‘Patrick Yakowa Hospital’.

According to him, the State Executive Council decided to honour the late governor by naming the hospital after him.

“The Kaduna State Executive Council has approved the re-naming of the Kafanchan General Hospital to ‘Patrick Yakowa Hospital’ in appreciation of the service rendered to the state by the late Gov. Patrick Yakowa.

“Governor Yakowa capped a distinguished career in public service with the two highest political offices in Kaduna State,” he said.

The late Yakowa was once the deputy governor and later became the governor, before his demise in an helicopter crash.

Renaming a hospital??
You must log in or register to reply here.