FREE Nigerian Business Directory
✅ NEW - get your business listed and your information shared across social media.
Ad
Govenor of Kaduna State, Malam Nasir el-Rufai has forwarded a bill to the State House of Assembly to regulate religious preaching across the state.

The bill titled: “A bill for a law to substitute the Kaduna State religious preaching law, 1984”, which is also aimed at banning the usage of loudspeaker for religious purposes “other than inside a Mosques or Church and the surrounding areas outside the stipulated prayer times.” 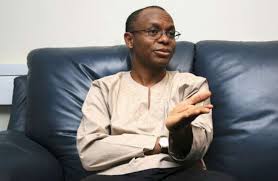 Governor el-Rufai in the bill exclusively obtained by LEADERSHIP, wants the Assembly to enact the law that will stop the playing or circulating of “all cassettes, CDs, flash drives or any other communication gadgets containing religious recordings from accredited preachers other than inside one’s house, porch, Church, Mosques and other designated place of worship.”

The bill, if pasted into law will prohibit sales of religious books, usage of abusive and derogatory terms in describing any religion and offenders shall be liable to two years in prison or pay a fine of N200, 000.

Metro Court to El-Rufai: You can’t stop EFCC from investigating you – P.M. News