Teachers in the state had embarked on the strike action on January 8, 2018 to express their grievances over the sack of 21,780 teachers who were said to have failed a primary four exam conducted to test their competency by the state government.

The 10-day strike had grounded academic activities in public primary and secondary schools in the state as students were stopped from going to school while the union also barred the teachers from teaching. 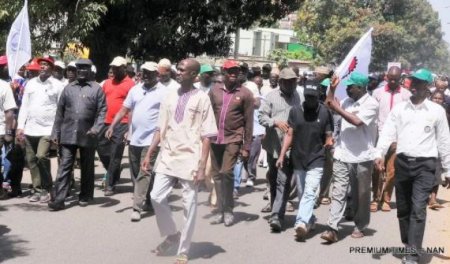 A statement jointly signed by the state chairman and assistant secretary general of NUT, Comrade Audu T. Amba and Ango Adamu respectively said that the decision to call of the strike was reached at a meeting to review the situation in the light of the ppronouncement by the state government after a meeting with the interim chairmen and education secretaries of the 23 local government area of the state.

The State governor, Malam Nasir El-Rufai had announced a second chance to teachers who failed the competency test to reapply under the State Universal Basic Education Board (SUBEB) programme of continuous recruitment.

While the state wing executive of NUT commended the decision of the governor, it assured of improved service delivery in the state public schools.