Curators
FREE Nigerian Business Directory
✅ NEW - get your business listed and your information shared across social media.
Ad
Arsenal Legends on Saturday defeated Milan Glories 4-1 in a charity match at the Emirates Stadium.

Kanu Nwankwo scored a hat-trick, while Robert Pires also got on the score sheet for the former Gunners. 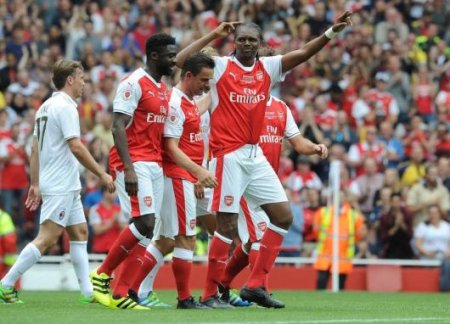 The former Super Eagles forward headed in his first two goals, before converting a penalty in the second half. Milan’s Christian Vieri had earlier equalized for his team.

The game was expected to raise £1 million for the Arsenal Foundation’s mission to build pitches for children in London, Jordan and Somalia.
You must log in or register to reply here.