Kastina State Governor, Aminu Masari, says the ongoing verification of Local Government staff and primary school teachers in the State is aimed at eradicating corruption and not to create hardship for workers.

Masari said this on Thursday when the emir of Katsina paid him Sallah homage at the Government House.

‘’The ongoing screening of local government staff is done in good faith, we want to have genuine number of staff on the councils’ payrolls,” he explained. 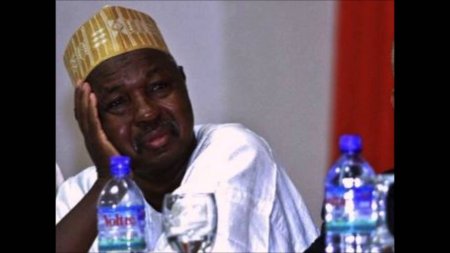 “The councils’ Federation Account allocation has gone down in the past five months, now the state government supports the 34 councils with over N1.2 billion, just to settle their salaries.

“During the sample screening in nine councils, we discovered that some prominent people placed their wives and children in the payrolls, which is unfortunate”, he stated.

Mallam Masari is just coming out to say what others cannot say ....irrespective of political godfather or mother involved.

Curators
@RemmyAlex - correct but even those that make these statements have their family and friends in positions they do not deserve.
P

curator said:
@RemmyAlex - correct but even those that make these statements have their family and friends in positions they do not deserve.
Click to expand...

Yes, Majority of them 'safe' Masari, the 'Revealer'. At least for now on Papers.
Show hidden low quality content