Entertainment Kcee Explains Why He Flaunts His Wealth

For Sale - One Bedroom Executive Flat - Lagos (NGN37m)
✅ NEW - car park, swimming pool, 24 hours light/security and more.
Ad
Kcee, Nigeria's flamboyant singer has put an end to the guessing game and debate amongst fans as to why he flaunts his wealth an assets.

"Like I said, there is nothing we do as musicians that is secret. Everything we do is public. There are so many people that are not popular that do more than what we do and nobody cares or wants to know what they do. But for me, even if you don’t do anything, they talk about you. If you do, they still talk about you. Common, I am just expressing myself. Even American artistes do the same; from Beyonce to Rihana, and others. If they get anything, they put it on social media. If they want to go anywhere, they put it on social media. I just like to express myself, without bothering myself on what they say. It is just keeping your real followers or die-hard fans informed about what you do. It’s not a problem. For those that are criticizing it, it’s normal. No matter who you are on earth, people will critcise you. People criticise presidents, Pastors; even Jesus Christ was criticised in the Bible. So, I don’t care about what they are saying, the only thing I do is to make sure I learn from whatever my fans are saying. As far as my fashion sense is concerned, I think its 100 percent correct." 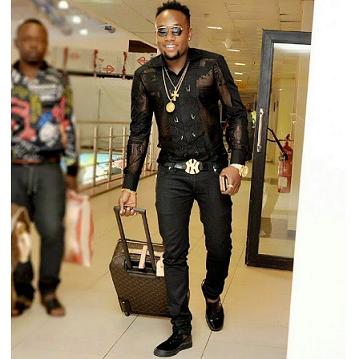 Money How to find a reliable business partner