The new appointee replaced Alhaji Nurudeen Kangiwa, who resigned to contest for a seat in the House of Representatives on the platform of the PDP.

The governor later presided over the swearing-in of the new SSG by Justice Samaila Haruna, in Birnin Kebbi.

The new SSG, a retired Major of the Nigerian Army, who hails from Kamba, Dandi Local Government Area of the state, was also the SSG between 2011 and 2012.

Alhaji Umaru Kamba, the Chairman of Dandi Local Government Council, who led a delegation from the area to witness the ceremony, described the appointee as dedicated and trustworthy.

He advised the appointee to uphold honesty, accountability and fear of God in his duties. 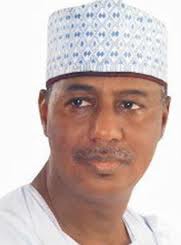