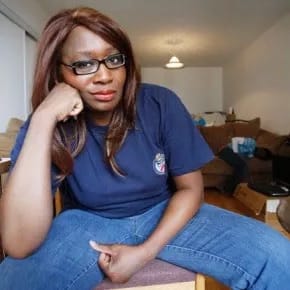 She was taken to the Criminal Investigation Department (CID) for questioning.

It is not known why she was arrested, but Kemi has been outspoken in the last one year.

Daily Post, however, gathered that she would be grilled on a controversial statement she made recently.

Kemi Olunloyo also vowed to upload the the ritual video on YouTube soon for all to see.

In a message she shared on Instagram on Obasanjo’s birthday, she claimed that her father, Pa Olunloyo first told her that the former President killed her brother.