Curators
For Sale - One Bedroom Executive Flat - Lagos (NGN37m)
✅ NEW - car park, swimming pool, 24 hours light/security and more.
Ad
The House of Representatives on Tuesday called on the security agencies in the country to intensify rescue efforts for high school students and teachers kidnapped in Lagos State on Thursday morning. 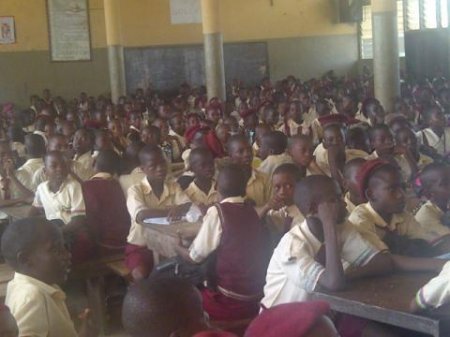 The call came just as police confirmed to Premium Times that two of the students have regained freedom while search continues for the others, including the school principal.

The House’s resolution followed a motion by Wale Raji, a lawmaker from the state, under matters of urgent national importance.

The House heard from Mr. Raji how some suspected kidnappers attacked Government Model College, Igbonla, Epe, on Thursday morning just as students were observing early morning prayers in the assembly.

Mr. Raji said he was told about the development shortly after the House resumed plenary today and he was compelled to bring it to the attention of the House and, by extension, the country.

“I am just learning that a group of kidnappers struck today in my constituency where they kidnapped students and principals,” Mr. Raji said.

The police spokesperson in Lagos State, Bisi Kolawole, told Premium Times two of the students have been rescued, leaving two more students, a teacher and the school principal.

“We’re still on their trail to rescue the others who include the principal, a teacher and two students,” Ms. Kolawole, an assistant commissioner of police, said.

E
Metro Lagos principal: How I defiled twin students, impregnated one - The Cable