For Sale - One Bedroom Executive Flat - Lagos (NGN37m)
✅ NEW - car park, swimming pool, 24 hours light/security and more.
Ad
Kim Kardashian, popular reality TV star is slowly circling the lines of paranoia as sources close to her have revealed that the reality TV star is extremely scared that her husband may be cheating on her with his ex-girlfriend and popular actress and model, Amber Rose.

The fact that Amber Rose has called it quits with her husband does not help matters at all as reports have claimed that she has been afraid even since Amber Rose filed for divorce from her husband, Wiz Khalifa.

Grapevines have been ripe with the possibility of Amber Rose getting back with Kanye West or getting romantically involved with him, other sources maintain that the rapper reached out to console her during her matrimonial crisis.

Radaronline reports that "Kim’s paranoia is at an all time high right now" as she was sleeping with Kanye West while he was still officially dating Amber Rose.

Kim, we gathered has told Kanye West that she trusts him but that she does not trust the women out there and once told him that if he ever thinks of contacting his ex, he would pay a grave price.

We learnt things got to an extent that Kim has drawn up a 'no-contact' list for her husband; a list that has the names of people he can under no circumstance, contact. The list includes Rita Ora, her brother Rob Kardashian’s ex.

Kanye West looks eager to team up with Rita Ora on her new musical project but Kim Kardashian has been reported consider Rita Ora to be so desperate for fame, she won't hesitate to have sex with Kanye if she gets a chance to do so.

At the moment, it is hard to tell where this pendulum will eventually swing but the drama continues.

What is the likelihood of Kanye West ever having sex with Amber Rose again? Will it happen? 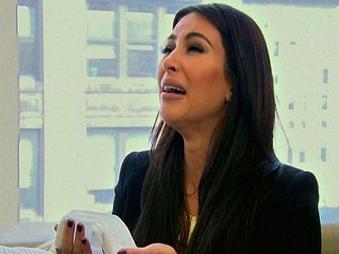 Nemesis comes to the party and it's wearing Gucci heels.
A

Lol, i don't like Kim. Can't help but smile at her misery ; that's if she's genuinely miserable

Jules said:
Lol, i don't like Kim. Can't help but smile at her misery ; that's if she's genuinely miserable
Click to expand...

I doubt she is miserable. With all celebrities all I see now is the free PR. Most things are staged just like the show. Can you image the boost this will give the show with their die hard and undercover fans!

Jules said:
Lol, i don't like Kim. Can't help but smile at her misery ; that's if she's genuinely miserable
Click to expand...

I'm really not the type to dislike a woman like Kim Kardashian; popular and rich. Hmmmmm... I'm not a big fan of what she does but I do not dislike her either. @curator There's so much abuse on PR right now and all the lines of limitation have been erased.

I don't think people are so gullible as to not know PR techniques when they see 'em, but life gets boring and the staged intrigue of the big screen brings the spark to the lives of international couch potatoes.

Maybe I'm just being optimistic about the human race. I could be wrong and we might just be plain dumb, end of story.

@Vunderkind Hmmmmmm... So much to chew on yet the dynamics of their lives makes it so fleeting. Today's stars become yesterday's stars in the blink of an eye. The human race will usually believe what it wants to believe... yet the drama serves as consistent relief that pulls us away from the tragedy of stardom. Kim should come out of this just fine.